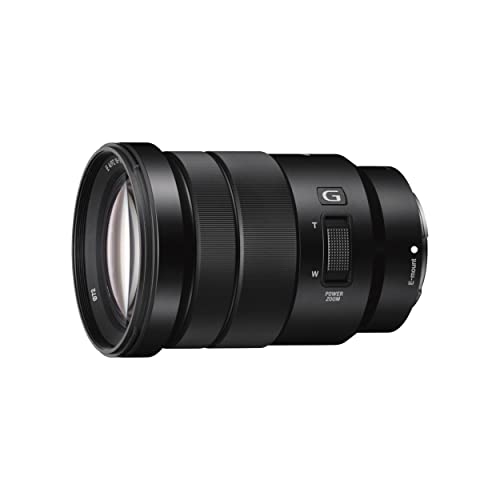 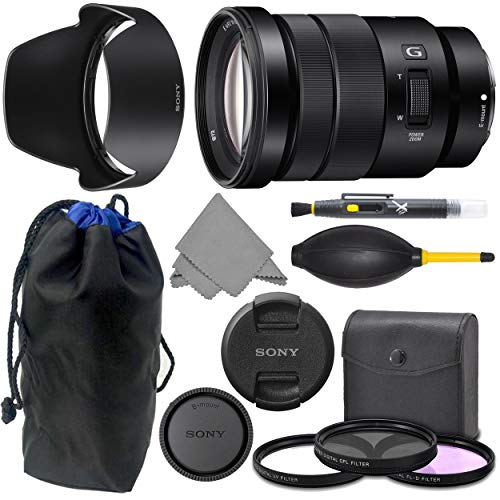 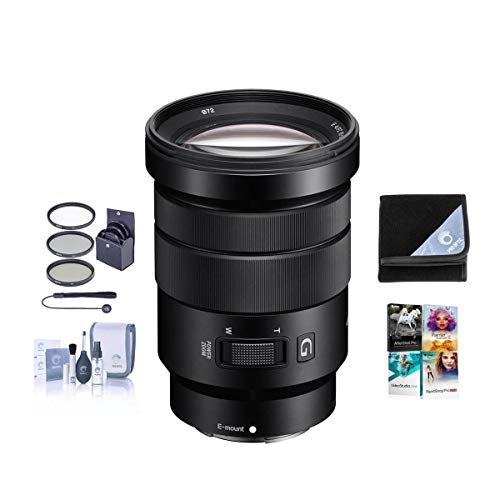 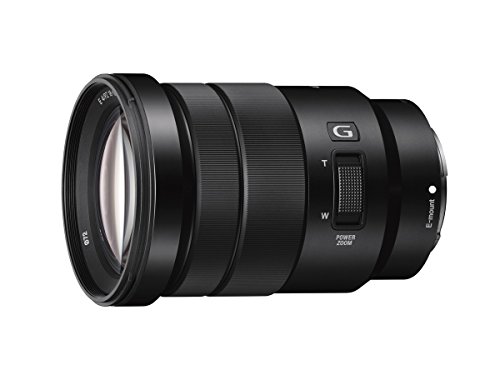 Sony E-mount cameras APS-C. It offers a 27-158mm field of view when used in classic 35mm photography with a maximum aperture of f/4.

It’s bigger than other lenses available in the E-mount collection, however, its powerful zoom design and wide range make it a good option for video.

There’s a rocker for the zoom to the right of the barrel, which alters its speed according to the position of the rocker. A slight shift from its center will result in a slow, steady movement and you can boost the speed by shifting it further to the maximum.

There’s a huge zoom ring that is located at the center of the lens. It also has it has a smaller manual focus ring that faces its front component. Both were equipped with ridges to ensure that they’re comfortable to hold and rotate. A petal-style reversible lens hood comes with it made of a hard plastic composite. Stabilization for optical is integrated into the lens.

I tested Imatest to determine how the lens performs optically it is paired to its 20-megapixel Alpha 5000 ($649.99 at Amazon). At 18mm, f/4 results in 1,770 lines of an image in height on our center-weighted sharpness test, which is just a hair short of the 1,800 lines we consider to define an image as sharp.

The center is very clear, but there’s a bit of an area of softness around the outer two-thirds in the picture. A stop at f/5.6 raises the score by 2,327 lines. However, only the edges on the edges show softness and score 1,705 lines. The distortion isn’t an issue in this case–there’s just a tiny bit of barrel distortion that is present in JPG output that is believed to overcorrect a tiny pincushion effect, which is visible in raw files.

JPG images exhibit distortion of 2 percent on the barrel and are visible in field conditions However, If shooting Raw you’ll see an insane number of pincushion distortion–7.1 percent. The straight lines on our chart test to bend inwards, much like the bottom of an empty hammock. This kind of distortion is apparent across this zoom range, however, it’s not a major problem for JPG shooters.

users of Raw who use Lightroom can correct it in a one-click, thanks to the profile of lenses Adobe has designed. When you shoot video, distortion is fixed automatically. Why do we mention it? Because it’s in the picture, and if you’re using raw converters that don’t come with a lens profile suitable for the 18-105mm lens, you’ll have to manually adjust the settings to rectify it.

For a prime lens, it’s not a major issue however there is a slight distortion. can vary in a small amount as the zoom is changed and isn’t insignificant. The lens stays sharp, registering 1,951 lines, with edges that surpass 1,700 lines. The stop down to f/5.6 raises the center-weighted score up to 2,432 lines, with edges that exceed 2,100 lines.

There’s around 1.4 percentage barrel distortion within the JPG output and 6.3 percent pincushion on Raw images. At 105mm, the center-weighted sharpness is decent, 239 lines, however edge sharpness is soft, at 1 331 lines. The reduction to f/5.6 does not much to increase your overall scores (2,059 lines here) However, the edges improve to 1,552 lines.

The distortion issue is present when using JPG (2.4 percentage barrel) and Raw (7.2 percent pincushion). It is worth noting that the Sony E PZ 18-105mm F4 G OSS offers a wide variety of focal lengths, with an aperture of f/4 constant however, it achieves this through a few compromises.

Sony 18-105 Black Friday Deals 2022 take JPG or use Raw images using Lightroom distortion is mostly an issue, but it does exhibit some edge softness when it is at the widest angle and at its telephoto’s extreme.

It’s too big for some E-mounts that are smaller, However, if you’ve got an E-mount camera that can be balanced well it’s a cheaper option to Zeiss 16-70mm f/4. It isn’t as wide but has more reach and is one or two steps behind in terms of optical quality.

The Sony E 18-105mm f/4 is a definite improvement over the kit lens and it comes at a totally reasonable expense. If I were looking for a good overall lens, this would be a great choice!